114 FIFM – Specialists in Your Business, and in Any Business, are Stupid

You are probably thinking I’m the biggest jerk after reading the title above. The truth is, you do not have to specialize and hire specialists for your business.

In today’s episode of Freedom in Five Minutes, I talk about the power of being a generalist as an entrepreneur. Join me as I recount my struggle to niche down and specialize until I finally had enough and said, “Screw that! I do not need to specialize in something!”

This is my journey to becoming a proud generalist.

I Grew up Unsure on What to Specialize In

Growing up, I always had this issue that reared its ugly head predominantly in school, at first. Then, it started rearing its head in the workplace too when I got into my full time job.

From elementary school all the way up to college, I had no idea what I wanted to do. Looking back, I remember it was when I met my wife that I decided on an actual major. And then, I was majoring in Japanese. Next, I majored in music.

Eventually, I was like, “You know what? Screw this!” and I just wanted to get out of school.

Basically, I wanted to get my degree because my wife wasn't going to marry me if I didn't have one. So, I decided to take a Bachelor’s Degree in Business Administration because it was the easiest, fastest, and it looked good on my resume if I was going to get a job that paid well.

Later on, I found myself working as a Business Administrative Assistant for a company – that probably do not even exist in the same way anymore – called DMJM+Harris.

The Question That Caused My Frustration as a Business Administrative Assistant 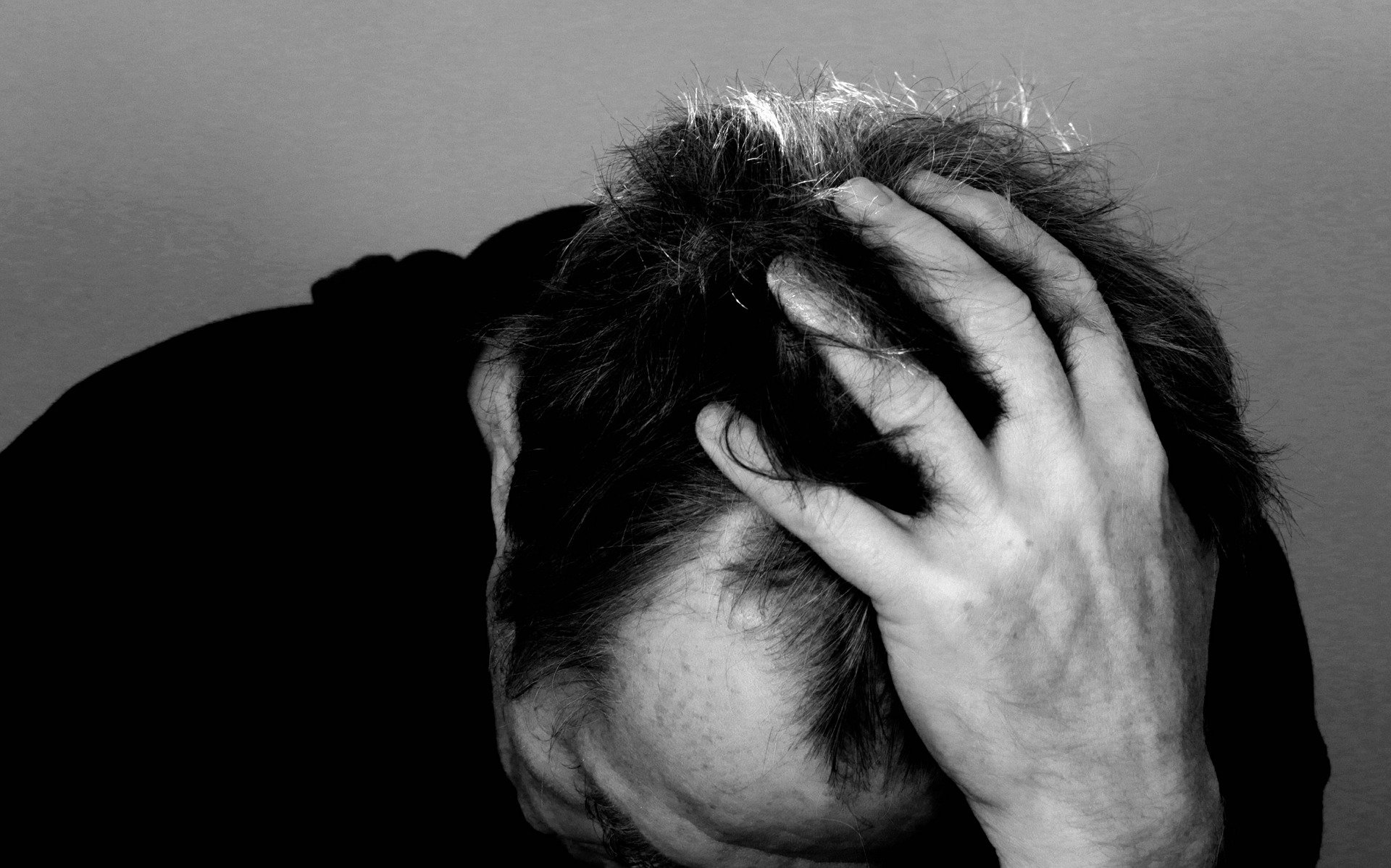 DMJM+Harris is a civil engineering company. Within the organization, there were probably around fifty people – everyone from civil engineers, structural engineers, finance, accountants, to project schedulers, etc… I was an administrative assistant there.

It was really cool because it was one of the funnest jobs – no kidding! Although, I could not put my finger on why I actually enjoyed that job as much as I did – but we'll get to why that is in just a little bit.

The thing about this organization was, there was obviously a lot of skilled people especially in structural engineering. They are building bridges or roads that perhaps billions of people are driving over; and those things have to be perfect.

I remember walking in the finance office one day where the accountants were. Walking down the hall, I went over to this lady who was one of the finance managers there. We didn't know each too well and I don't know why I got the bug to ask her, but I did.

I asked her, “What do you think I should do if I want to be successful? And what kind of degree should I go for?”

At that point, I was going for a Bachelor's in Business Administration. She looked at me and thought for a little bit.

Then, she said, “Well, you want to go for something more specialized. Don't go for a Bachelor's in Business Administration because it really is too general. Look, you are not going to be able to become a CPA or get certain credentials because it's just a general degree. It's not like you're in taxation or accounting which are both much more specific.”

I was like “Crap, I think I am totally destined to be just this wandering guy who does not know what he is doing and I am never going to make anything of myself.”

At that point, I became so frustrated internally. It was almost like my world shattered right in front of me!

What's the Big Deal about Specialization? 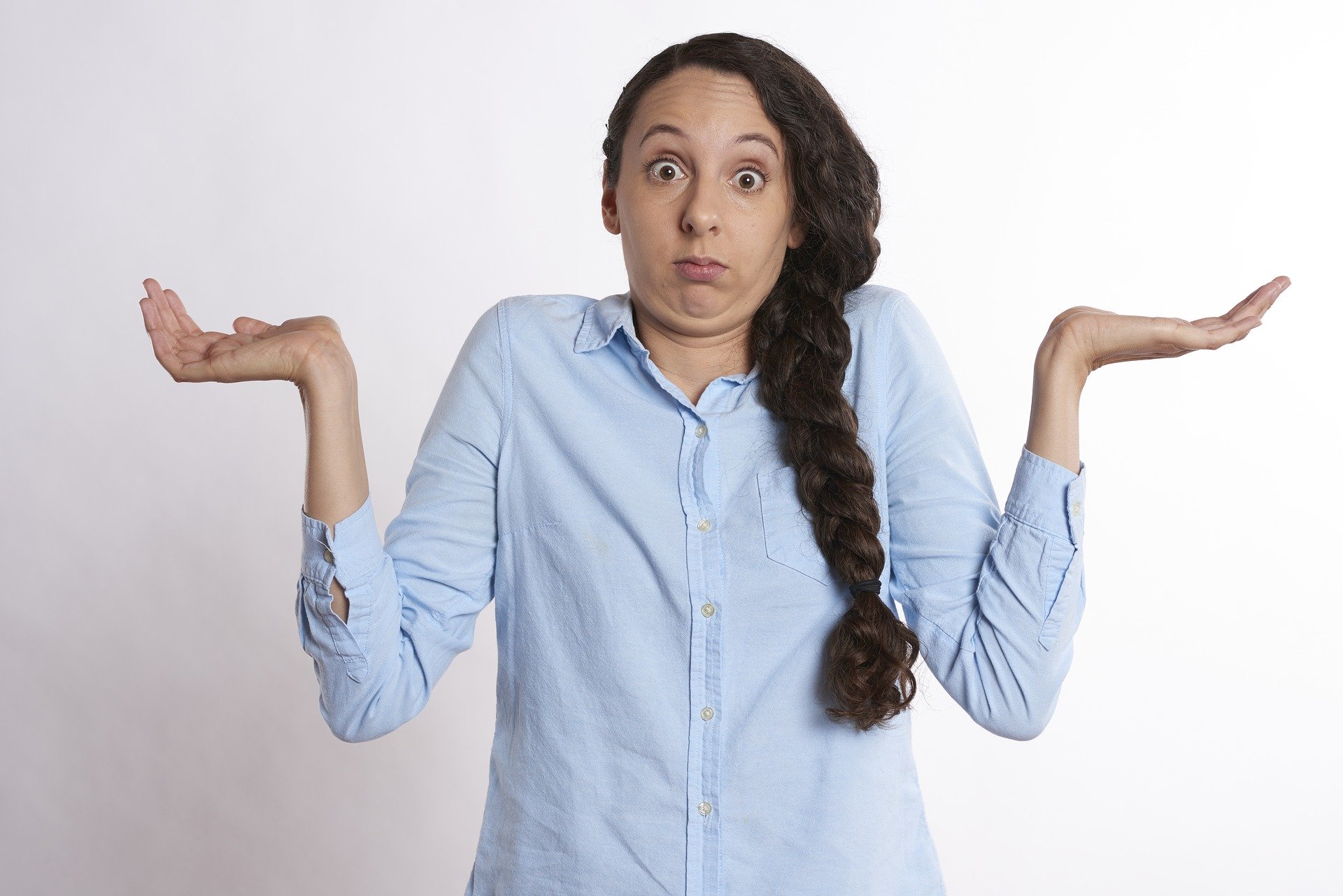 You might be thinking, “Dean, what's the big deal? Really, it's not that big of a deal.”

By then, I had already spent years getting hounded by councillors at school as to what I wanted to do but I could never decide. There was nothing I could fall so deeply in love with this thing that I wanted to go to specialize in. Even if I dabbled in different fields, I was only able to get so far.

It's interesting because right about that time, I was applying to Boeing Aerospace. I did not have my bachelor's degree yet but I did have a security clearance – a big thing for Boeing.

Then, I applied for this industrial security job, though I didn't quite know what it was. It was more like protecting government secrets. It seemed pretty interesting and I thought it was kind of cool!

So, I decided to just go for it and keep going. If I'm going to be this poor jack of all trades, master of none, then that's the way it's going to be. It's so hard for me to specialize in anything. 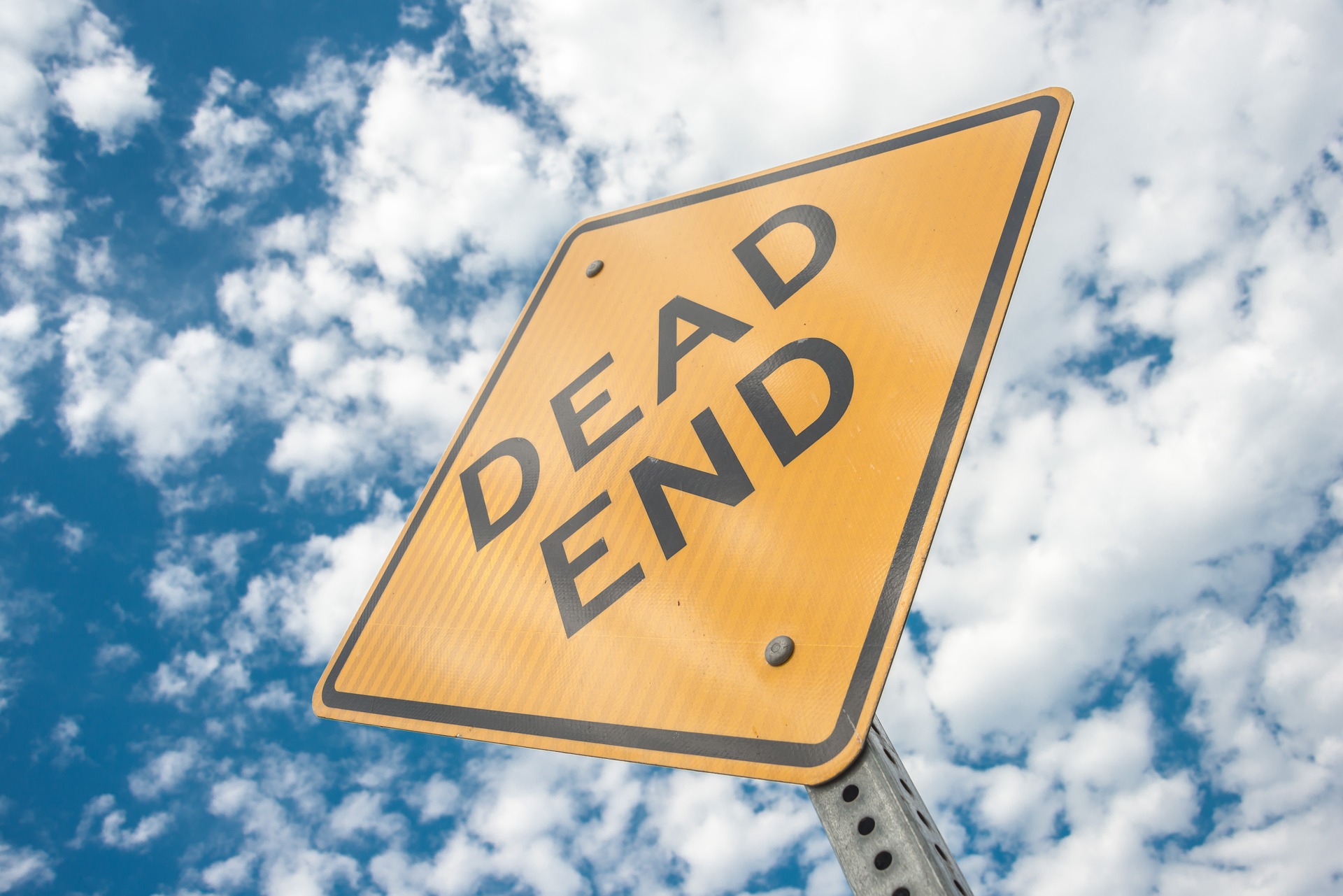 Lo and behold, as I was working at DMJM+Harris. I did not think it would happen. Shortly, I got deployed to the industrial engineering job at Boeing and the work was pretty general – it had everything from computer security to document control, document security that had physical security. In no time, I was climbing the rafters and helping to build buildings.

Now, this is a whole thing that nobody ever talks about in any type of school! It was making good money for me and it was perfect for a generalist like me. I was doing all of this cool stuff!

But then, I started to wonder why I liked my previous administration job so much. It was because I got to talk and help structural engineers, learning what they needed, and how they needed things done.

With my industrial security job, it was the same thing. The job required dealing with engineers, computer security guys, IT guys, contractors, construction workers, with all these people, and I loved it.

I was getting promoted left and right because it was my wheelhouse. The truth is, I didn't want to specialize in anything. I love the fact that I knew a good amount of all this stuff and learning more every day. It was wonderful.

Later, I got deep in computer security and eventually, they ended up hiring me as a computer security specialist. It was an exciting time and I was making a lot more money with that because it's a more technical job.

And then, it all came crashing down. What happened was, I got pigeonholed into computer security. At that time, there was only one good way out.

I deeply specialized as much as I possibly could into computer security. Honestly, I tried my hardest to make that happen. But it became extremely painful to the point where I was getting depressed. It was so horrible. I was drinking a lot, hated my job, and I could not see a way out.

It wasn't until I became an entrepreneur – leading over 100 people in building organizations – that I started to see specializing sucks.

I am doing all of the general stuff from accounting to payroll and supporting client after client with the help of my core team of four people – these are people who work for me.

They say you can't make a lot of money if you're not specialized… Maybe that is true in the employee world but I'm doing just fine. I can work as little, as long, or as much as I want to. And I make way more money.

Now, I'm not doing this to brag. I make way more money than I ever did as a specialist and that is not meant to brag. This is for those people out there who are generalists. When you just don’t really know what you want to do, then this is for you.

This is for all those people who say, “Oh, you need to specialize in something.” Screw that! You don't. There are plenty of opportunities out there and things that make you so valuable. I like to say that I specialize in generalization.

Have you ever wondered why the highest ranking people in the military are their generals? It’s because they know a good amount of everything but do not necessarily specialize in any of it. And they lead a lot of specialized personnel.

Why is this important? It is important because I think specializing in your business as well is so dumb. This is why we have Virtual Systems Architects (VSAs) at ProSulum.com and FreedomInFiveMinutes.com.

I have a core team of four people. And they do everything from design to copywriting, recruiting, accounting, payroll, invoicing, accounts receivable, accounts payable… Seriously, they can do everything. Everything! 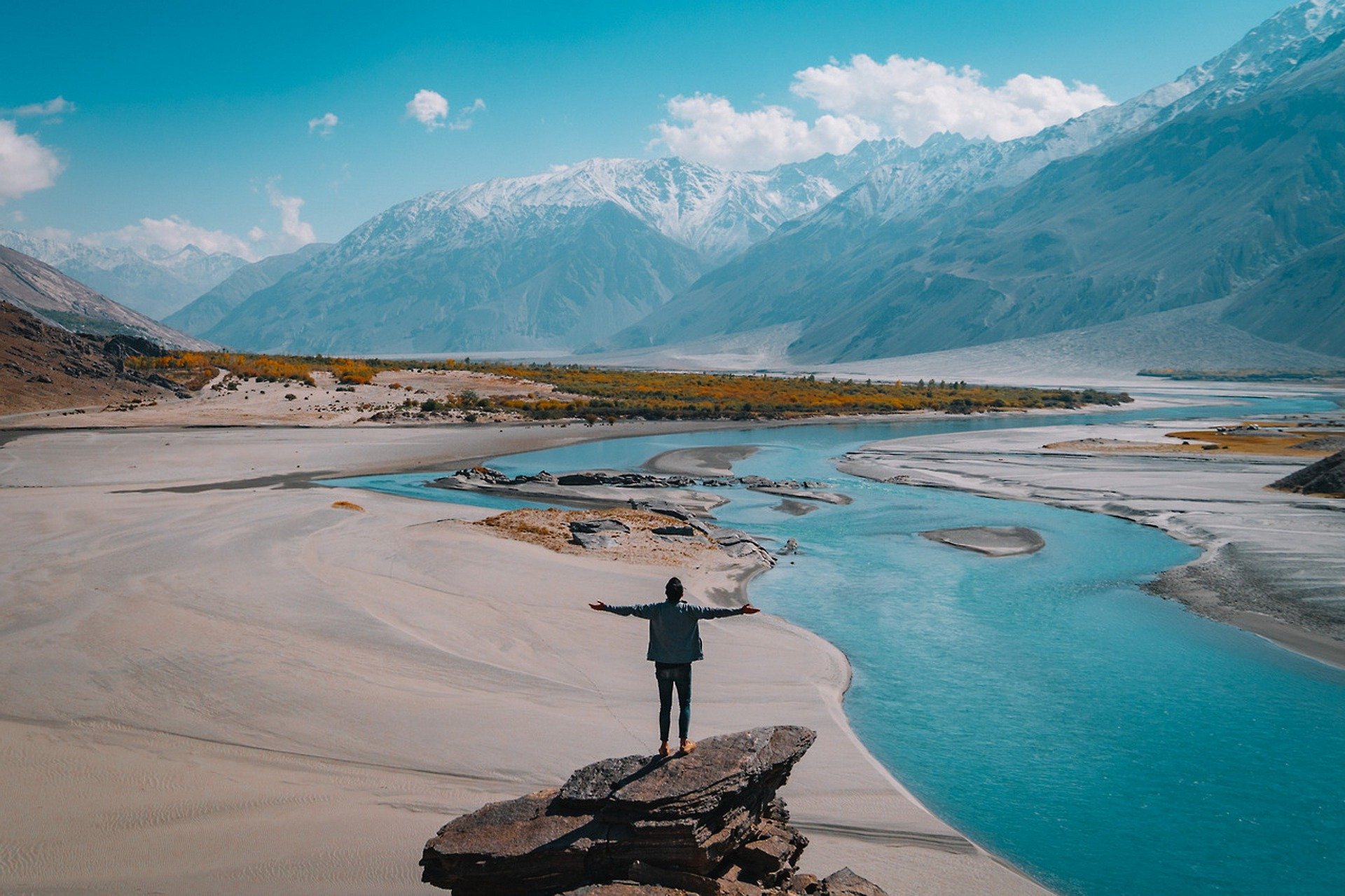 If I was going to go the traditional route of business, I would have 50 people working for me all in some stupid department and all of them doing one thing when I can have only four people effectively doing all that stuff.

Honestly, if you use systems and document everything you are doing, then you do not have to specialize and hire specialists in your business because they suck up so much resources and they kill your overhead.

So, how is it that Matt from Camrock is able to do – with only two VSAs – what his other competitors do with hundreds of people? It's because he does not specialize and he does not hire all these specialized people. He has two people he can train with systems. They have processes to do whatever they need to do but they are all generalists and they are able to do so many different things in Camrock so it is able to grow exponentially. All that being said, rethink the idea of specializing.

Ask the right questions. Your gut instinct needs to change with the times, which is “How can I build systems and processes – some documentation around the process of social media management?”

If you step out of the realm of specialization, you'll see that your overhead costs will drop significantly! And your revenue will – more than likely – grow exponentially because you have these few people who are able to do everything and give you the ability to be creative and grow in several different ways as well.

With all that being said, go check out Freedom In Five Minutes. There's a masterclass there that talks about everything I recounted above.

Also, I did a four-part video series at Pro Sulum that premieres in several days. It's really good as well.

Go check out either one of those two links.

I am Dean Soto of Freedom In Five Minutes and a proud generalist.